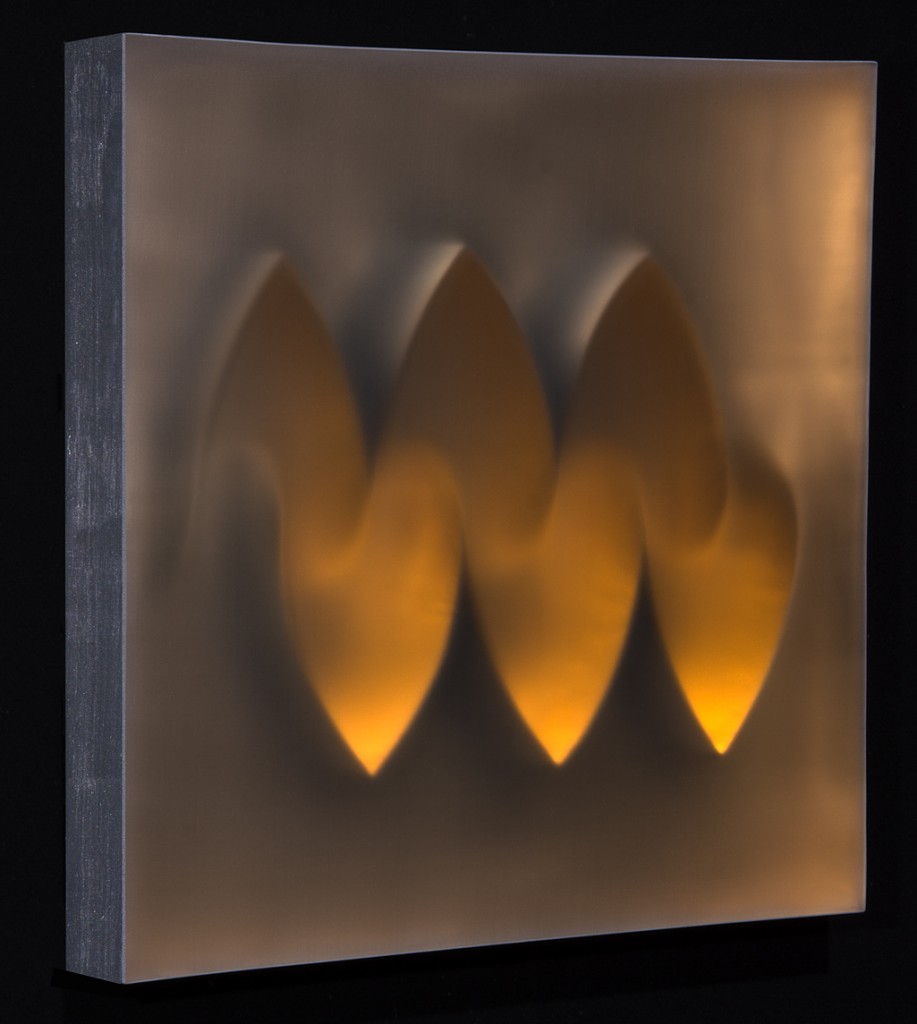 “I started with simple ‘V’ forms made of metal, then formed them inside the metal box in a variety of ways to see which configuration would give me the most saturation of gold light possible,” she says. “Since the piece has hooks on all four sides, I was excited by the fact that the piece works the same way, but with different visual results, in either orientation.”

Thus, she says, with this piece she wanted to set up a scenario in which the viewer would try to “catch” the reflected light coming out of the piece as he/she passes it from side to side.